Procter & Gamble Profit Up 6% But Its Forecast Disappoints

The multinational consumer goods company, Procter & Gamble (P&G) revealed a 6% increase in profit recently. They were able to do this by cutting costs and other improvements in North America. This company has been trying to expand in countries such as China and India, but results fell short of expectations. They focused their resources on promoting popular products that would attract the general public. However, this came with a cost because they lost market share during the process. Currently, they are trying to cut costs from other divisions to further promote new products. P&G’s fourth-quarter profit has also been lower than Wall Street’s expectation due to instability within the market.

The increase in profit reflects an improving economy and various expanding markets. The company claims that the market is “choppy” because of inconsistent results. Although P&G was unsuccessful when expanding into emerging markets, it is still possible for them to promote products that do not have mixed reviews.

New games are constantly being developed and released into the market. However, few are popular and can generate revenue for the company. Zynga is a prime example of how game developers are struggling to stand out among others. The company is losing money every quarter because people lose interest in games. Reports reveal that less people are activating the games even though they were once popular. Zynga plans to release their new game, Draw Something 2, in which they incorporated new features and drawing tools that would enhance the user’s experience.

It has been difficult for game developers to create games that would attract users’ attention because of the accessibility of applications through iTunes App Store. Zynga has also been struggling because they are unable to create a mobile game that is viral. It is evident that the market is becoming more competitive. Zynga, one of the most popular companies in the past, is struggling to keep its market share.

The U.K. economy has not been doing very well for the past few weeks, but it was reported today that the U.K. has seen an increase of 0.3%. Although it is good that the GDP has seen an increase, the break down of the reasons for this increase may not be as influential as it may seem. The increase in GDP was caused by increase in the service industry as opposed to an increase in exports. Regardless of where this growth came from, it is still necessary for the U.K. because their economy has not been doing very well since 2008.

Many countries are having similar problems with a lowering number of exports, especially when countries such as Japan and China are keeping their currency value low to make their exports look more attractive. Countries that are manufacturing goods for a low price are negatively affecting other countries who simply cannot offer their products at such a low price.

If anyone has watched “The Minority Report”, they probably remember the motion controlled computers that Tom Cruise used.  Now, that may no longer be restricted to the realm of fiction. The world’s largest PC maker, HP, has tried to embrace motion sensing technology and its impact may be akin to the same way that Apple Inc made touch-screen technology mainstream with the 2007 launch of the iPhone. Leap Motion, a three-year-old firm with less than 100 employees in San Francisco, manufactures motion sensors the size of a pack of gum and claims the ability to track the individual movements of 10 fingers with 1/100th of a millimeter precision. This unit can be plugged into any computer to enable the usage of applications and software designed to be used with motion control sensors.

Under a deal with HP, Leap Motion’s products will be sent out with HP products and then in the future, the technology would be directly embedded into HP products. According to Ron Coughlin, a senior vice president of HP, “Consumers want to go to the next level when creating and interacting with digital content,” and  “Leap Motion’s groundbreaking 3-D motion control combined with HP technology and amazing developer apps will create incredible user experiences.”

The price of gold has been fluctuating wildly, dropping one day and hitting new lows and then the next day the price is up again. While an improving economy may draw money from gold, certain economies, Japan specifically, are certainly filling their reserves with the precious metal. Japan is going to be buying a lot of gold in the years to come, and “consumers are poised to become net buyers of gold for the first time in eight years.”

There has been a direct correlation created between the drop in the Yen and the price of gold. “Every one-yen depreciation in the Japanese currency against the dollar can boost bullion prices in Japan by 50 yen a gram, assuming the international market is unchanged…” meaning that as the value of the Yen drops, the change in price of gold will only intensify.

I think that by looking at gold, a good picture is given of how Japan’s consumers feel about the inflation plans set by the government, and it’s saying they are confident that the government is going to be successful. There has been a lot of doubt surrounding Japan’s inflation initiative, but Shinzo Abe has firmly supported the plan and does not seem to be wavering. I think that Japan will successfully decrease the value of the Yen. However, I thought of a major concern while reading this article. Growth is largely created by increased consumer spending, but that spending does not do much to aid the economy if consumers are just purchasing gold. I think that, if the gold buying pattern continues, Japan is going to have a much harder time creating inflation, since the consumer mindset is still stuck on the idea of conserving money, rather than the need to buy more goods.

Recently, the talk of a reduction in government stimulus has been floating around given the economy’s improving condition. However, since the F.O.M.C. meeting last month, many more, including those who directly vote on bond policy, have voiced their opinion for continued market intervention. Now, it can be said with a fair amount of confidence that the Fed will not be reducing bond buybacks by the year’s end, rather they will continue to maintain their policy for a few more years to ensure that the withdrawal of economic assistance does not have too many negative side effects.

Experts expect  a “full throttle” year, with the Fed breaking records in terms of the amount of assets it has. This is due to the fact that while the economy is improving, it has still failed to meet the goals designated by the Fed. For example, consumer prices rose 1.3 percent compared to last year, but that is still short of the 2 percent desired by the Fed. Also, the ever important unemployment number is still not optimal, and the Fed remains on guard for a potential spring slowdown of hiring. As for positive news, some are saying that the housing market is finally starting to become a positive lift for the economy, rather than a drag. 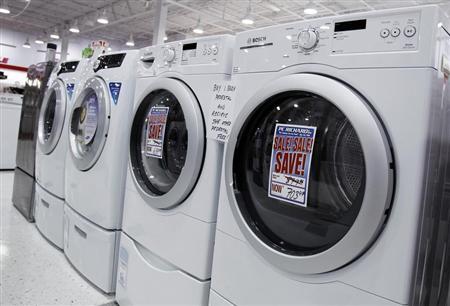 Signs of a slowdown in economic activity were evident with the drop in demand for long term durable goods and modest business spending. According to the Commerce Department, the amount of durable good orders fell 5.7 percent in March. The drop in demand for these goods, ranging from airplanes and washing machines to toasters, meant to last for more than three years came after a 4.3 percent increase in February.

We have seen a considerable loss of momentum in the economy and that has been obvious in the round of data we had over the last four weeks or so,” said Jacob Oubina, a senior U.S. economist at RBC Capital Markets in New York noted. Unbelievably, the drop was double the amount economists had thought/predicted and this indicated cooling off in production at factories that had played a central role in the economy’s recovery from the recession. Economists have began to dub this economic slowdown as the Spring Swoon and point out that the problem lies within Washington as the government  tries to reduce their budget deficit.

Stock prices have been lowering these recent weeks, but today U.S. stocks have seen rises as reports that the rate of layoffs in the United States has seen a decrease, and as the British experience economic growth. Stocks in Asian countries such as Hong Kong and Japan have also seen growth. The Dow Jones and S&P 500 have both seen increases as well. Though sales are increasing in many industries, these increases in sales may not lead to a large economic growth. It has also been reported that there was another decrease in the number of people filing for unemployment, this number is the one of the lowest numbers since the 2008 crisis.

After a strong post holiday shopping spree by many of the U.S. consumers online, it has led to an increase in the first quarter profit of the United Parcel Service Inc. (UPS) by 6.9%. The Chief Financial Officer, Kurt Kuehn predicts that the U.S. economy will be stable so that their forecast for 2% in growth has not changed. Other countries in Europe and Asia have profits that are opposite of those in the United States where many of their sales have been slowed down. These transport companies play a significant role in our economy because they transport everything that is bought and sold from business to business or business to consumer relations. Also, on Thursday, UPS also stated that it would buy Hungary based pharmaceutical logistics company, Cemelog Zrt to strengthen its health-care business in Europe.

With higher profits in transportation companies, I believe that it can tell a lot about how consumers are spending in the economy, and what is being shipped across the nation. Companies such as UPS play a vital role in determining and being able to present how the flow of goods is being exchanged.  If profits are down for the transportation companies, it can present a decline in the overall economy of business and consumer spending.

The Twinkie returns, but Metropoulos & Co and Apollo Global Management LLC who purchased the Hostess Brand said it will not be hiring union workers. Chief Executive Dean Metropoulous purchased the Hostess Brand with Apollo for roughly $410 million dollars. In January 2012, Hostess Brands Inc. sold its brands and its factory plants because it filed for bankruptcy protection. They were forced to file for bankruptcy as the Bakery, Confectionery, Tobacco Workers & Grain Millers International Union called for a work stoppage after new labor terms were imposed.

Since Hostess didn’t have enough workers they sold off the Twinkie brand and 11 plants to Metropoulos and Apollo. Chief Executive Dean Metropoulous said he will invest roughly $60 million in capital for plant renovation and to hire workers. They plan on opening less plants because they aren’t using union labor but feel if they increase efficiency they will be successful.

This is important because a well known brand snack like Twinkie will have a considerably large market of consumers craving the classic treat. I remember specifically my first semester at Baruch, I bought a Twinkie and documented it as one of the last Twinkies I will ever see. It’s a big deal and I will definitely purchase the snack when it comes out. Unfortunately for Union labor they will be out of jobs, unless Metropoulos and Apollo run into problems involving unskilled or lack of labor.